The institution of the common market and the ECN directive

Towards the establishment of the single market

The institutions of the European Union play a fundamental role in the realisation of the single European market, notably through the adoption of treaties, their interpretation by European judges or the control of the institutions over the actors who impact on this market. However, it cannot be achieved without the active intervention of the Member States, which must respect the Union’s rules and ensure that they are respected by both natural and legal persons. National institutions play an essential role in monitoring the correct application of regulations within the States.

One of the pillars of European Union law is its competition policy, which is one of the means of achieving the European internal market and above all the four freedoms: free movement of services, capital, goods and persons. This involves a ban on abuses of dominant positions and agreements between companies that would distort competition. Moreover, state aid paid to certain companies that would restrict competition is also prohibited, although certain exceptions are allowed.

The different competition authorities of the European Union member states

The European Union has embarked on a new phase in its competition policy. This aims to consolidate and strengthen the role of national competition authorities by harmonising their powers, means of intervention and operating rules. To this end, the directive (EU) 2012/1 of the 11th of decembre 2018 The aim of this directive is to provide the competition authorities of the Member States with the means to implement the competition rules more effectively and to guarantee the proper functioning of the internal market. The aim of this directive is to ensure uniform application of European competition law, in particular by strengthening cooperation within the European Competition Network between the Commission and the national authorities. The system governing European competition law is decentralised and based on trust and dialogue between the authorities and the Commission. The new EU Directive does not fundamentally change the ECN, it only aims at strengthening cooperation between the actors and harmonising the implementation of EU competition rules in all Member States.

The search for independence of national authorities

As regards the institutions themselves, the aim of the Directive is to “ensure that NCAs [National Competition Authorities] have the guarantees of independence, resources and powers of coercion and fine-setting necessary to be able to apply Articles 101 and 102 of the Treaty on the Functioning of the European Union effectively“. This includes the possibility for the authorities of each Member State to impose effective, proportionate and dissuasive fines on companies that engage in behaviour that is contrary to European competition rules. The Directive provides that the fine will be set in proportion to the company’s worldwide turnover.

Initially, the power or lack of power for Competition Authorities to sanction actors that violate competition law depended on the States. For example, in Ireland, the Competition Authority could not itself impose sanctions on companies that engaged in anti-competitive behaviour, it had to look to the courts to impose sanctions, but it was found that this system was ineffective and in fact very few sanctions were imposed.

Secondly, in order to strengthen the powers of the national authorities, the Directive introduces investigative powers for these authorities, powers that will ensure the effective application of Articles 101 and 102 of the TFEU. In the course of these investigations, the Competition Authorities will be able to issue any interim measure they deem necessary, in accordance with Article 11 of the Directive, which provides that  Member States shall ensure that, at least in cases of urgency justified by the risk of serious and irreparable damage to competition, national competition authorities are empowered to act on their own initiative to order, by decision on the basis of a prima facie finding of an infringement of Article 101 or 102 of the Treaty on the Functioning of the European Union, the imposition of interim measures on undertakings and associations of undertakings. This possibility offered to the competition authorities constitutes a new power in many countries, as is the case in Ireland, where the powers of the Competition Authority were previously limited.

The question then arises as to what impact this directive will have on companies. Will they have to make special arrangements to prepare for the new rules? The competition rules are not intended to change with this directive, it only aims to strengthen the authorities of each Member State, therefore, it will influence the activity of companies at international level because they will be able to obtain more easily the respect of the competition rules in all the States of the Union, this is allowed by the fact that it encourages a homogenization of the rights and the rules of procedure.

In France, however, the Directive may have a significant impact on trade associations in which many companies are involved. Article 15 of the directive provides that “the maximum fine that national competition authorities may impose on each undertaking or association of undertakings participating in an infringement of Article 101 or 102 of the Treaty on the Functioning of the European Union shall not be less than 10% of the undertaking’s or association of undertakings’ total worldwide turnover in the business year preceding the decision. In France, the maximum amount of the tax was set at €3 million, but from now on it will be raised to 10% of the total turnover of the company or association. This change may be significant for some professional associations. However, it should be remembered that the Competition Authorities are subject to the principle of proportionality of the sanction they impose in relation to the facts in dispute. Consequently, this ceiling may only be imposed very rarely. This measure is justified by the principle of harmonisation of European Union law and is accompanied by the principle of financial responsibility of companies sanctioned as a result of the cartel.

In addition to the introduction of a ceiling, the Directive provides for the introduction of civil financial penalties. This provision makes major changes to certain laws, such as Irish law. Until the entry into force of the Directive, only criminal fines could be imposed by the Irish Competition Authority, which meant that the courts had to intervene to implement it and the Authority had to prove the infringement of the competition rules before the courts, without any doubt. This complex system meant that the Authority only imposed criminal fines for the most serious competition law infringements and where the cartel was characterised. The introduction of civil sanctions is likely to lead to an increase in sanctions and activity by the Irish Competition Authority, due to increased enforcement powers. These measures should introduce a more effective competition law regime in Ireland but also in most EU countries.

Finally, it can be seen that this directive has not had the same impact in all Member States. While some countries, such as France and Spain, already applied most of the rules, in other countries, the power granted to the Competition Authority was less, as was the case in Ireland. Therefore, in the latter, the directive will have a greater impact.

Eternoscorp remains at your disposal for any issues surrounding the new powers granted to the Competition Authorities as well as for any questions you may have regarding the enforcement of competition policies.

Fraud in Crowdfunding : a synthetic legal view of risks and solutions (I)

Some Legal considerations on NTF 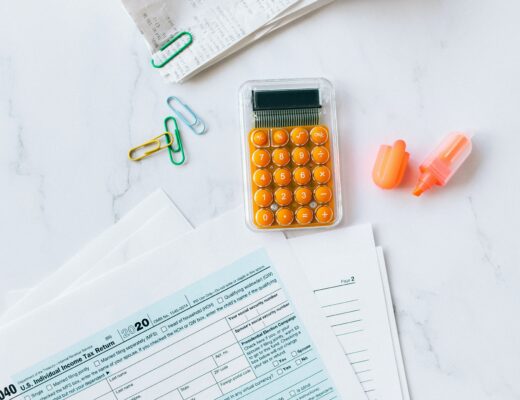 I’m available to reach at fabregue [a] eternoscorp.com, if you had any query or just would like to chat.

This error message is only visible to WordPress admins

This website uses cookies to improve your experience while you navigate through the website. Out of these cookies, the cookies that are categorized as necessary are stored on your browser as they are essential for the working of basic functionalities of the website. We also use third-party cookies that help us analyze and understand how you use this website. These cookies will be stored in your browser only with your consent. You also have the option to opt-out of these cookies. But opting out of some of these cookies may have an effect on your browsing experience.
Necessary Always Enabled
Necessary cookies are absolutely essential for the website to function properly. This category only includes cookies that ensures basic functionalities and security features of the website. These cookies do not store any personal information.
Non-necessary
Any cookies that may not be particularly necessary for the website to function and is used specifically to collect user personal data via analytics, ads, other embedded contents are termed as non-necessary cookies. It is mandatory to procure user consent prior to running these cookies on your website.
SAVE & ACCEPT